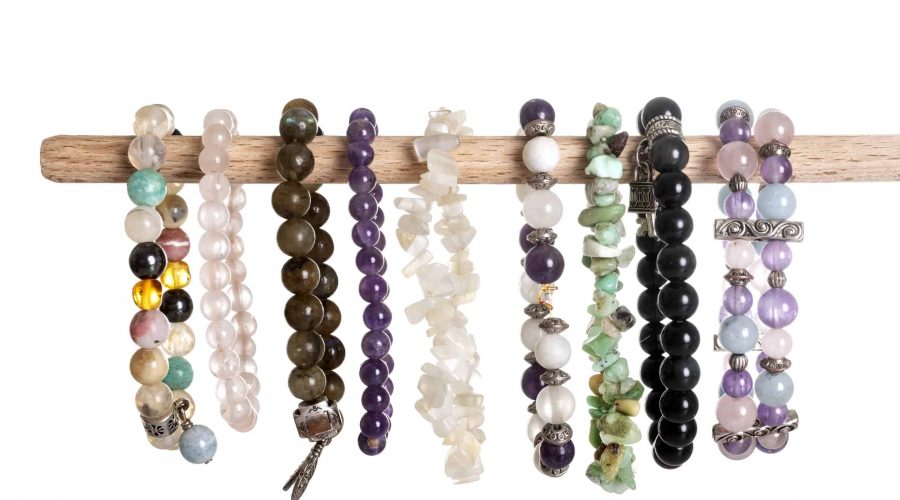 When it comes to crucial issues like conceiving, a short and simple response really doesn’t answer the question properly does it?

Fertility can be an extremely personal and emotional journey for many women.

What might work for one woman may not do much for another. 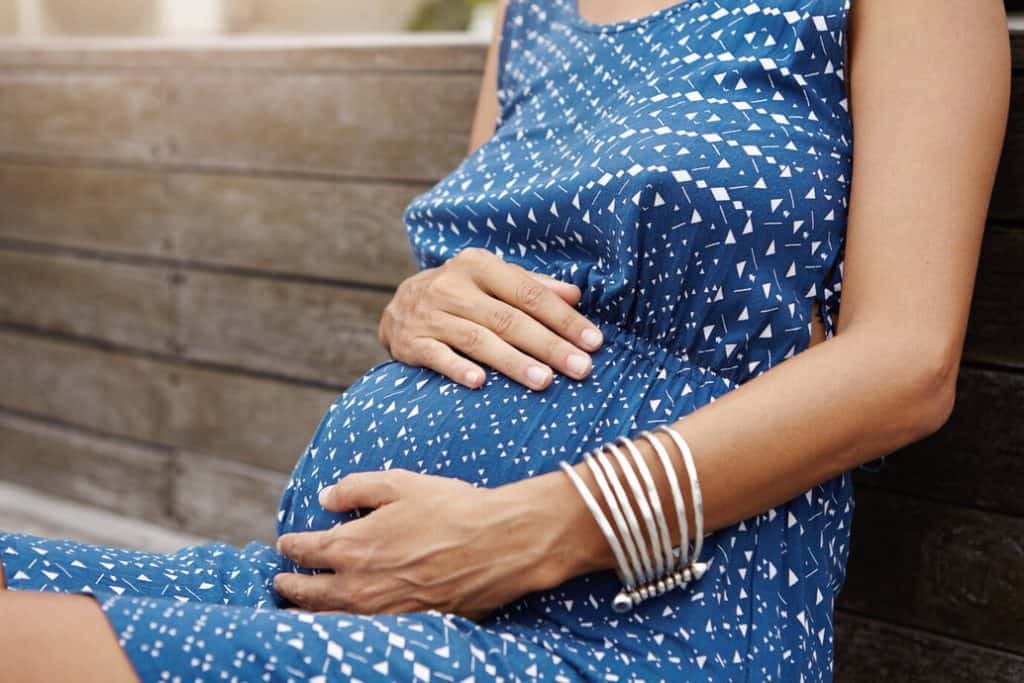 Women have worn them throughout the centuries.

Perhaps they work more on a metaphysical level because they resemble spiritual and intuitive jewelry from our evolutionary past, as these lovely crystals are sourced from mother nature.

Even if they worked like a placebo, many women claim the stones gave them a sense of empowerment with healing light, positive thoughts, less stress and more control with intuitive connections to oneself.

Fertility jewelry does not detract from the effectiveness of the medical procedures in any way, since they are not intended to replace them.

They are more of a metaphysical mind and emotional healing support system than anything else, which is also an essential component in the equation of life and our spiritual self, right?

People have used crystals and gem stones for millennia to attract health, fertility, prosperity, and abundance.

Both men and women have worn them for thousands of years to entice fertility, boost libido, and prepare for pregnancy. 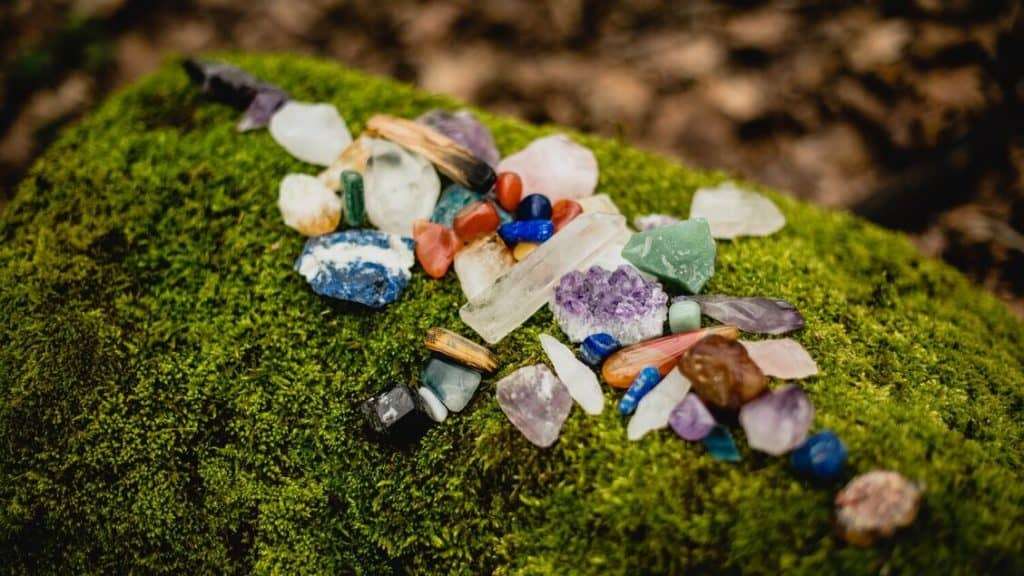 Ancient Egyptians used crystals like turquoise, clear quartz, emerald, and lapis lazuli (usually in their jewelry, talismans, and amulets) for protection and health.

Many grave amulets with these stones were found in the ancient Egyptian tombs.

In Ancient Egypt, red jasper was related to their goddess Mother Isis, and it was known as a fertility stone.

They also used crystals on a daily basis in cosmetics – malachite and galena were crushed into a powder and used as eye shadows (kohl), while green gemstones were used in funeral rituals, as they symbolized the heart of the deceased.

Similarly, the ancient Greeks believed in the crystals’ healing purposes, wearing crystal amulets to keep them safe and attract health, fertility, and prosperity.

The ancient Greeks believed that crystal quartz was deeply frozen water, so the word ‘crystal’ actually comes from the Greek word for ice.

Many other crystal names and their meanings come from the Hellenic language, too.

For example, hematite comes from the Greek word for blood.

The Greek soldiers used to rub their bodies with this iron mineral before battles to make themselves invincible, as they associated hematite with Aries, the god of war.

Fertility crystals haven’t lost much of their popularity since then.

Fertility vs. Pregnancy: Which Crystals to Use for Stages of Your Journey?

It is estimated that infertility (not being able to conceive and sustain a pregnancy after one year of unprotected sex) affects around 10-15 percent of couples of reproductive age worldwide.

This highly stressful life event can cause different psychological, emotional, and social challenges.

Ongoing infertility stress may strain a marriage and negatively affect other relationships.

It may also diminish intimacy, reduce productivity, and impair health.

Infertility often damages women’s self-image, while men tend to see it as a failure of their masculinity. 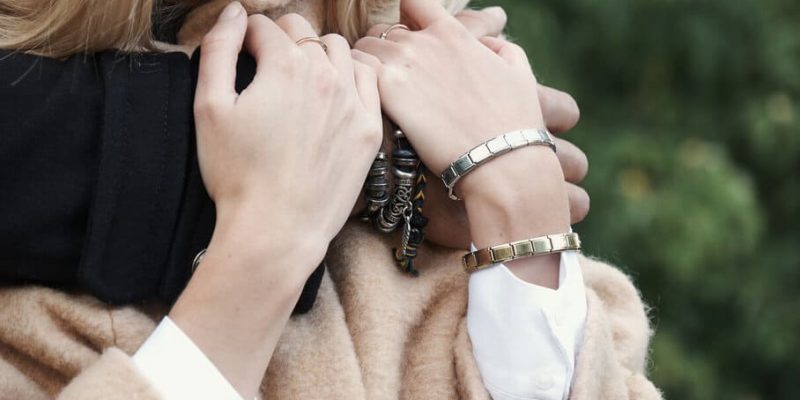 Fertility crystal bracelets are often used to tackle infertility on a metaphysical level and maintain a sense of emotional balance.

Knowing what type of crystals are more in tune with the stage of your journey towards parenting is the first step in choosing the fertility bracelets that are aligned with where you’re at in life.

What are Fertility Bracelets?

The bracelet or other forms of gemstone jewelry is significant because it symbolizes the cycle of new beginnings when it comes to fertility and birth. It’s a tradition that has been around for for centuries. 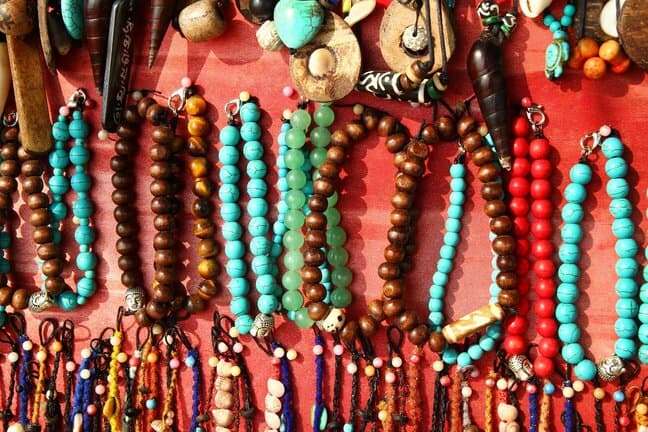 Fertility bracelets and jewelry include specific crystals and other gemstones that have been used to increase fertility, boost libido, aid emotional healing, and metaphysically protect a woman’s reproductive health.

Many women believe that wearing a fertility bracelet seems to work especially when combined with other therapies such as acupuncture, yoga, and meditation.

How Do They Boost Fertility?

Different cultures worldwide have used the energy of crystals to promote fertility and healthy reproduction.

The fertility gemstone seems to provide a mental aid, supporting and empowering the woman intuitively to stay composed, positive and strong on her maternity journey.

How Do Crystals for Fertility Work?

Crystal healers say that each healing crystal emits its unique vibrational energy that is believed to enhance vitality, health, and eventually fertility.

Fertility crystals have their own frequency that vibrates to release subtle healing energy.

When you hold crystals close to your body, your electromagnetic field changes.

In other words, healing crystals for fertility, metaphysically absorb your body’s negative energy, simultaneously enabling and aligning the body with positive energy.

Here are the following which are known to be some of the perfect crystal bracelets used for fertility:

This light pink stone in color is associated with love, self-love, forgiveness, and confidence.

The healing stone of rose quartz is used to balance hormones, encourage intimacy, and increase the love energy.

It is used for soothing energies to protect reproductive organs and promote fertility, releasing negative emotions.

Usually it is said that a woman needs to set her goal of fertility while holding her rose quartz bracelet and wear it regularly after that.

Amethyst is believed to be a powerful energizing stone that absorbs negative energy and clears spiritual toxins.

Amethyst has been a famous and popular crystal for fertility, it’s been used to metaphysically aid with the production of reproductive hormones.

His and Her Distance Fertility Stretch Combo Bracelet

Moonstone is a stone that aligns with the moon’s feminine energy, balancing women’s cycles and hormones, thereby promoting fertility.

Women wear moonstone fertility bracelets when they want to control their menstrual cycles and reduce infertility stress and anxiety.

Cultures across the world have used green jade to assist fertility and childbirth for thousands of years.

Wearing a jade fertility bracelet has been used to help with feeling less anxious and stressed.

Jade fertility bracelet has been known to provide a sense of peace and harmony to those who wear it.

Jade is a stone of meditation that resonates with the heart chakra.

It is believed to be connected to spiritual and earthly powers, bringing serenity and balance when trying to conceive.

This Bracelet is handmade to order

So choose your size from their dropdown menu

Every order from their Shop is charged with Reiki energy, prior to shipping.

This beautiful fertility stone comes in shades of orange and red.

Carnelian resonates with the sacral chakra and root chakras which are the female and male reproductive organs’ energy centers.

Carnelian is known as a crystal of bravery, creativity, and endurance.

One of the most commonly used fertility crystals that women use to support reproductive and hormonal systems.

This bracelet is designed to have all the best combination of gemstones for fertility, pregnancy, expecting moms, infertility, IVF

Specific stones are believed to symbolically aid pregnancy and metaphysically protect reproductive organs to help carry the pregnancy to term.

This beautiful stone resonates with the third eye chakra and the heart chakra, and it is known for its ability to balance emotions.

It can also keep one focused and calm during childbirth.

The blending of its pink and green shades represents the strong relationship between a mother and a child.

The bracelet is made of 10 mm Unakite round beads

In order to make bracelet to specific measurement

This vendor must add or remove 10mm gemstone beads

Emerald has long been associated with helping conception and protecting pregnancy.

This powerful stone is believed to strengthen the connection to Mother Earth.

Bracelet length is about 7.5in

The Bola Ball is a pregnancy pendant necklace, many pregnant women wear as a jewelry piece and a form of spiritual protection.

Also called the Angel Caller, a bola necklace has been used since ancient times to protect a mother and her baby.

As you move, a pendant’s gentle shake releases a chime that promotes inner calm and peacefulness to both a mother and the baby in the womb, through it’s gentle vibrational sound.

When you move, the bola emits a harmonious subtle bell chime, said to calm and reassure your baby

How to Use Fertility Crystals?

Besides wearing fertility crystal jewelry, people also use the healing stones as a focal point of their meditation practice or when doing a chakra balance to align their energy centers and ground themselves.

Some women even bath having their fertility gemstones nearby, adding them to their bath routine.

Some wear the healing crystals as pendants, rings, amulets, so the energies of the gemstones are close to their body for any healing or for an energy boost.

For more powerful results, some people combine different fertility crystals as they believe in the energies of different gemstones.

Moonstone is also considered one of the best pregnancy gemstones, and it can be combined with other fertility stones to enhance its metaphysical healing powers.

For example, you might wear a bracelet that combines moonstone and carnelian to metaphysically encourage hormonal balance, reduce anxiety, and balance the sacral chakra linked with the female reproductive system.

Meditating with fertility crystals can also help to let go of negative feelings while increasing the energetic vibrations to attract new beginnings and abundance.

Here is a short meditation and visualization practice for peace and calm.

To reach the feeling of composure and calmness:

• Hold your fertility bracelet while focusing on the present moment.

• Allow yourself one minute to let go of feelings of any anxiety, shame, anger, frustration, or sadness.

• Permit yourself to feel calm, relaxed, and self-assured and more loving toward yourself. 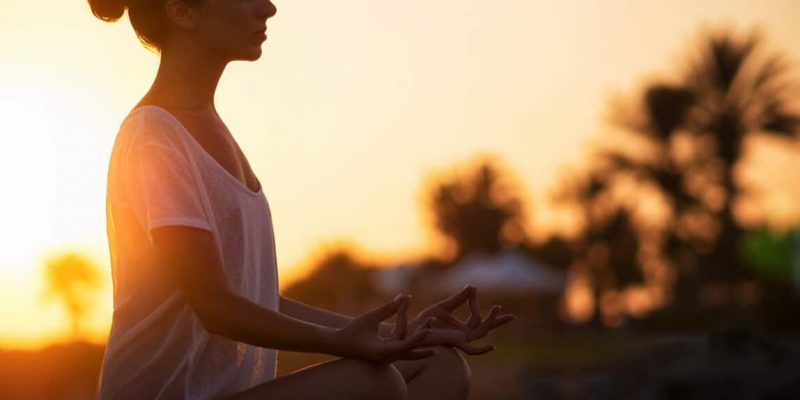 Breathe……………… Focus on your breath and breathe deeply from your belly.

Feel how your abdomen expands when you inhale.

Then exhale slowly and observe your stomach as it contracts.

Deep and slow breathing sends signals to your brain to relax, ease tension, and relieve stress. (Making sure that you feel comfortable and at ease when doing this simple exercise, otherwise stop and always check with your medical practitioner before starting this meditation exercise 🙂

Imagine your mind as a garden and visualize planting a seed of composure and calmness into that garden.

Then watch it grow and expand until it entirely takes you in.

Imagine the tension from your body melting away.

Drop your shoulders to allow your lungs to expand and inhale more air.

Be aware of what you see, hear, smell, taste, or feel on your skin.

Engaging your senses can slow down your mind and help release tension.

Free yourself of any negative thoughts and let them drift away.

Imagine your self-critical thoughts as though they are leaves falling from the tree and watch the gentle breeze taking them away.

Infertility is one of the most common medical issues nowadays.

While fertility crystals cannot replace any medical procedures such as In Vitro Fertilization (IVF),  many usually use them as a supportive aid to assist their mindset health during their fertility journey.

Most important, always speak to your practitioner before embarking on any new alternative treatments. If you have concerns about any medical matters, you should always consult your healthcare provider without delay. 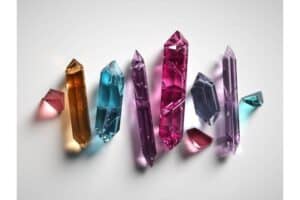 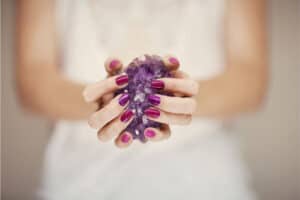 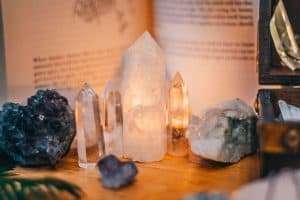 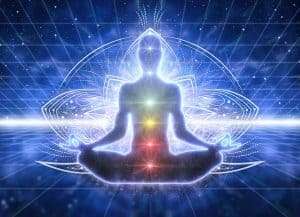 What is a Chakra Energy? A Guide on the 7 Chakras 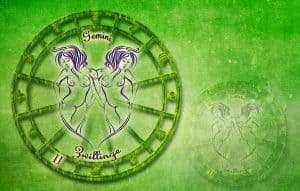 Gemini Crystals And Stones: Which Is The Best One To Use? 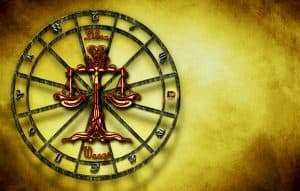